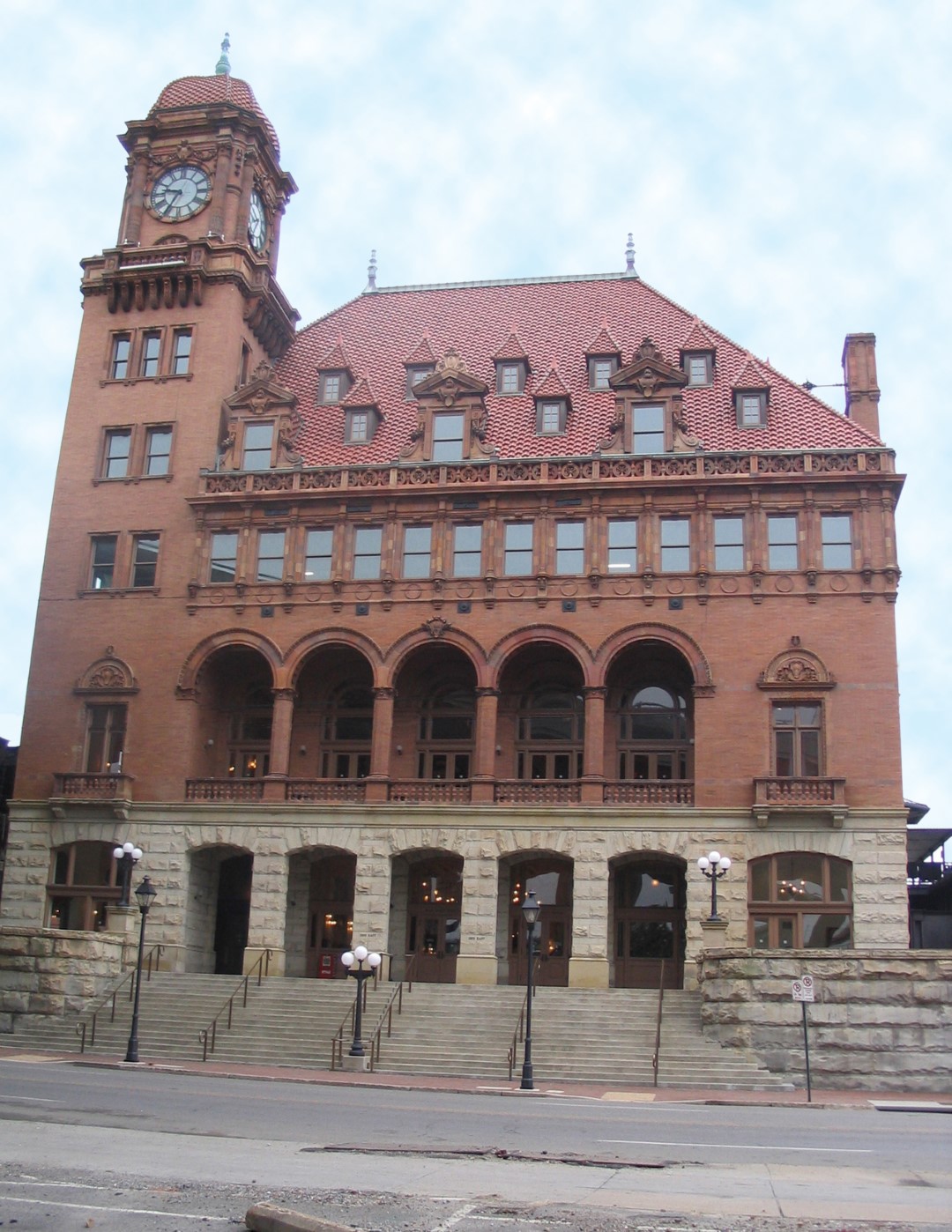 Built as the Main Street Passenger Railroad Station in 1901, Richmond’s Main Street Station has stood as a fine example of Beaux Arts architecture for more than a century. It served as the transportation hub of Richmond for more than 50 years, and its clock tower became a local landmark for local citizens, as well as those traveling on nearby interstate I-95.

As the masonry contractor on the first phase of an extensive restoration project on the station, Graciano Corporation was responsible for reversing years of decay and damage to the structure’s masonry and terra cotta surfaces. Specifically, the building’s brickwork required extensive repointing, cracked terra cotta had to be removed and replaced, balustrades required reconstruction and deteriorated stonework had to be replaced. Due to the building’s status as a National Historic Landmark, it was imperative that original finishes be replicated and matched as accurately as possible. It was also critical that work be done on schedule, as two additional phases of construction were to follow the restoration work.

As restoration work progressed, the need for significant structural work became evident. After years of water damage, steel brackets tying the building’s terra cotta cornice to the substructure were seriously weakened. To support a restored cornice, stainless steel brackets were milled to Graciano’s specifications and attached to the building’s steel frame. In addition to the cornice work, elevated terra cotta balcony railings were disassembled and reset, and a massive terra cotta dormer that was once in danger of collapse was stabilized and refaced with historically accurate materials. On the first floor of the building, damaged sections of the Briarhill Sandstone comprising the foundation stones and parts of the building’s light posts and columns was carefully removed. New stone, cut and tooled to match the building’s architectural details, was installed in its place.

Work on Phase One of the project was completed on time and within budget. Phase Two, which was completed in 2004, and included construction of an Amtrak ticketing office and an additional passenger track platform. Phase Three, completed in late 2006, established a full multimodal transportation center and expand passenger rail service.

WaterproofingIt’s important to waterproof concrete structures to keep moisture out of the facility and to protect the structural components of concrete and imbedded reinforcing steel. If the integrity of the concrete is maintained, it can remain waterproof. Polyurethane is considered one of the best waterproofing materials. It can be applied seamlessly and penetrates the surface deeply and evenly. The polyurethane membrane will fill in even the finest cracks in concrete, reducing its water absorbency capacity. Many types of waterproofing systems can be used depending on your home’s structure Urethane Foam or Epoxy InjectionUrethane Foam or epoxy injection is a cost-effective and permanent way to stabilize and seal cracked or compromised masonry surfaces. Depending on the size of the crack, urethane foam or epoxy is injected into the void and allowed to cure. Once hardened, these materials help form a stable subsurface to support masonry restoration operations. Tuck PointingTuck pointing entails removing loose or cracked mortar from brickwork or stone installations and replacing its new mortar to ensure structural integrity and to seal out damaging water and moisture. Mortar for tuck pointing must be carefully selected to ensure that its color and texture of the new mortar closely matches the existing material that was not compromised and did not need to be removed. Terra Cotta Replacement and RepairTerra cotta is a building material that is cast from clay and then glazed. Terra cotta components add great color and detail to a building, but are also highly susceptible to cracking and damage from impacts or freeze and thaw cycles. In many cases, damaged terra cotta sections must be removed and replaced with new materials to prevent water infiltration and structural damage. Replacement components must be created to replicate the design of the original piece, as well as the coloration that is acquired as the surrounding pieces age. Frequently, it is necessary to repair and stabilize the structural underpinnings that support a terra cotta installation, as corroded pins or structural supports can cause further damage as time passes. In cases where a terra cotta component has sustained minor damage, it is often possible to perform repairs on the piece without removing the compromised element from its installation. Masonry RestorationMasonry restoration involves the repair of existing masonry materials or the complete replacement of damaged materials with new or reclaimed bricks or stones. Color and texture matching are key considerations in masonry restoration, as an accurate match can make areas of restored stone or brick blend in seamlessly with existing materials. To achieve an accurate color and texture match, it is frequently necessary to return to the original brick manufacturer for replacements, or to the original stone quarry where material for the existing stone components was cut. Masonry CleaningMasonry cleaning entails the removal of dirt, debris, paint, and graffiti from various surfaces of masonry structures. Commonly used masonry cleaning techniques include high and low – pressure washing and chemical cleaning. Regardless of the method used, special care is taken to avoid over cleaning – and possibly damaging – aging masonry surfaces. GroutingGrouting is used to seal the spaces between masonry installations such as tile or terra cotta. Grout may be colored to blend with the masonry materials, or can be used to create contrast within the masonry design. Grout is typically applied by hand by filling the joints with material and then troweling it out over the adjoining tile or terra cotta. Once the grout has set, a craftsman returns to the area that was grouted and removes any excess material from the face of the installation. As grout is frequently porous, it must be sealed once it is completely dry to protect it from dirt infiltration. EIFS CleaningExterior Insulation and Finish Systems cleaning, also known as EIFS cleaning, involves removing dirt and grime from the exterior surfaces of structures clad in Dryvit or other types of stucco–like materials. To avoid damaging the thin exterior skin of these structures, mild cleaning agents and low–pressure water is most frequently used to dislodge surface dirt. Manual cleaning is also used to remove dirt in hard–to–reach areas or intricate detail. CaulkingCaulking is used to seal gaps between masonry surfaces, such as brick or stone, and other architectural elements, including window and door frames, decorative hardware or lighting fixtures. Caulking is most often applied with a gun, and is available in butyl, latex or customized formulations. The color of caulk is selected to match the surfaces surrounding the application site. When applied, the caulking gun is inserted in the gap to be filled. Caulking material is then injected into the void to seal the opening. Abrasive CleaningHeavily soiled masonry surfaces may require abrasive cleaning to effectively remove deposits of grime, paint or graffiti. Abrasive cleaning typically involves high–pressure application of sand or another type of inert, abrasive material directly to the masonry surface. When the abrasive cleaning has been completed, the masonry surface is frequently rinsed with low-pressure water to remove any remaining dirt or cleaning materials.
← Central Synagogue of Midtown Manhattan 44 West 77th Street →
Video 1