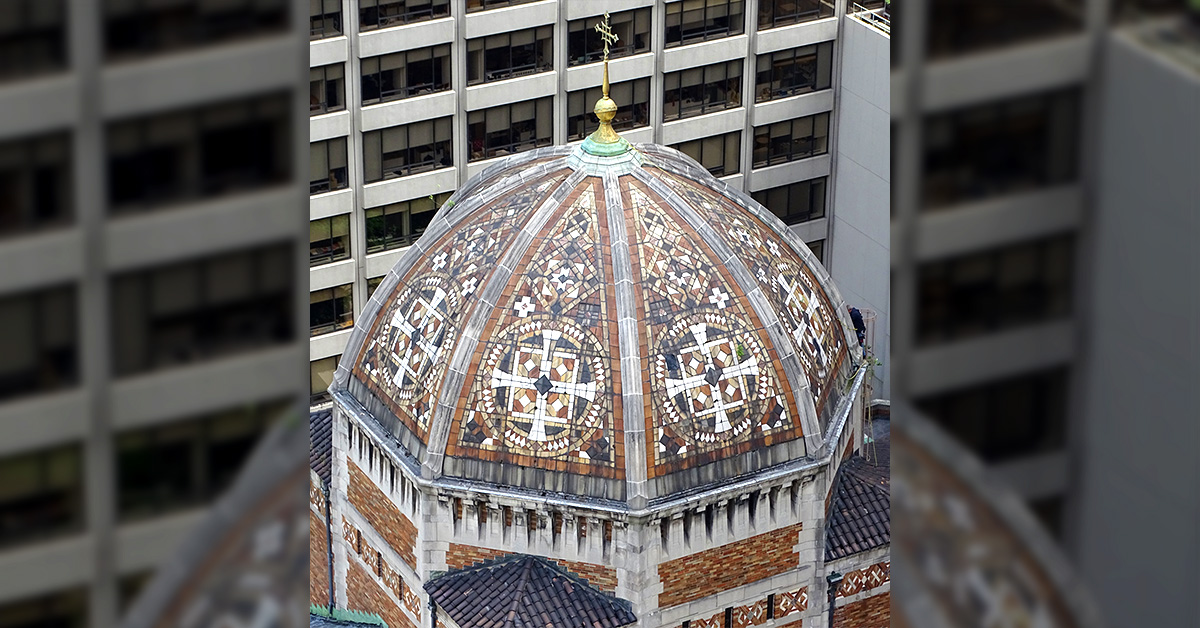 Founded in 1835 in New York City, St. Bartholomew’s Church has been located on Park Avenue between 50th and 51st Streets since 1918. Bertram Grosvenor Goodhue, one of America’s foremost architects widely known for his ecclesiastical structures, was commissioned in 1914 to design the third site.

Initially, Goodhue envisaged a tall tower enclosing a dome rising above the crossing. Meanwhile, Goodhue died (in 1924) with the result that the definitive design for St. Bartholomew’s “Great Dome,” replacing Goodhue’s Ciborium, was furnished by his Goodhue Associates successors. Based on Goodhue’s design for the dome of the California State Building, Panama-California Exposition, San Diego, 1911-1915, it is placed atop a square base built with the body of the church and is actually two domes, one inside the other, the inner structure being made of relatively lightweight tile. Its eight exterior planes are decorated with colored marble, granite and terra cotta tile and crowned with a gilded cross.