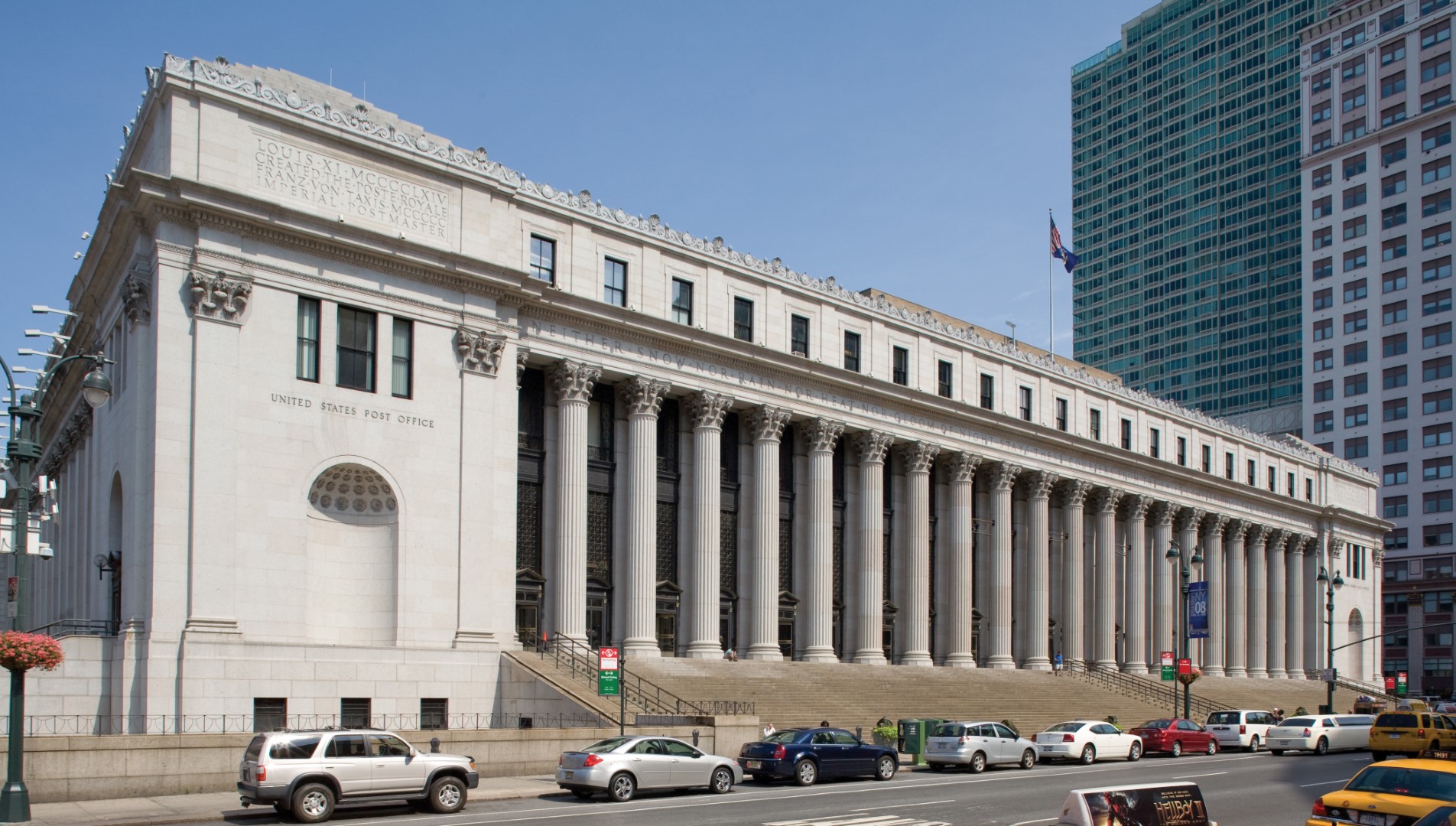 James A Farley Post Office
Also known as the James A. Farley Post Office, Moynihan Station is a national historic landmark that was designed by McKim, Mead & White in the Beaux Arts style. The building was built in 1912, opened in 1914, and doubled in size in 1934. It covers a site of more than eight acres, and contains more than 1.5 million square feet of interior space. Tunnels, tracks and platforms for commuter and subway trains currently run beneath the massive structure. The building also has its own rail platform in Penn Station.

Restoration of the cheneau, which is comprised of hundreds of terra cotta components, entailed: