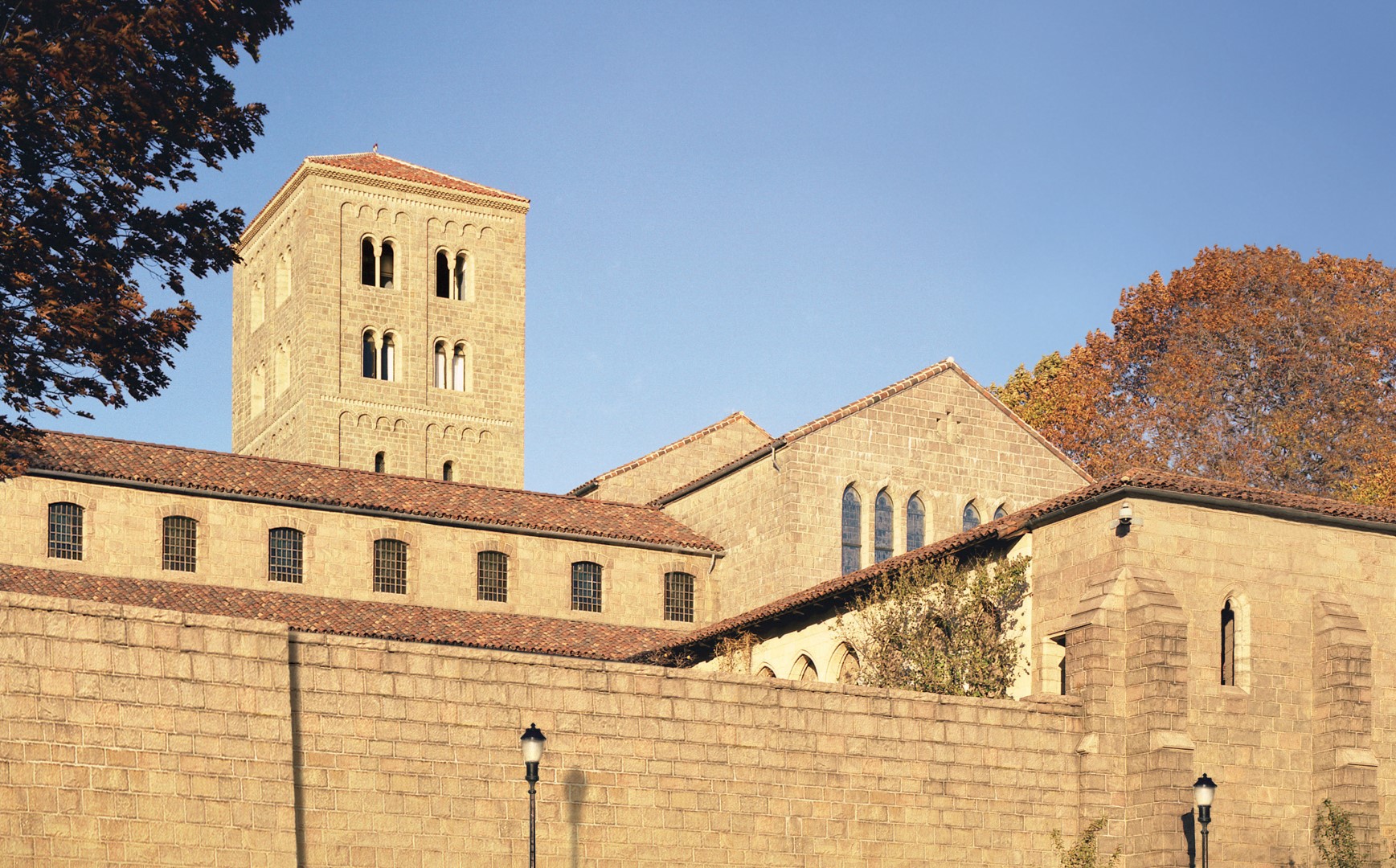 Built by the Rockefeller family in the 1930s, The Cloisters is located on four acres in Manhattan’s Fort Tryon Park, and houses the Metropolitan Museum of Art’s medieval art and architecture collection. The structure incorporates architectural elements from five medieval French cloisters, as well as stone and other building materials indigenous to the Manhattan area. The facility overlooks the Hudson River, and is surrounded by an extensive array of gardens.

Due to the effects of aging and exposure to the elements, the exterior surfaces of The Cloisters required significant repair and restoration to maintain their structural and aesthetic integrity. Repairs were also needed to curtail water infiltration into the building that had the potential to damage artifacts dating from the twelfth through the fifteenth centuries. Due to the building’s landmark status, the renovation project was governed by strict preservation guidelines.

Gaining access to the buildings proved to be challenging. Due to the way the structures were built, many of the roofs couldn’t bear the weight of traditional scaffolding. To overcome this problem, Graciano built a steel framework over the existing roof surfaces, and then assembled scaffold -ing on the frame. The frame and scaffolding were carefully erected to avoid damage to any of the stonework on the building’s façades, and to prevent obstruction of pedestrian traffic in or out of the museum.

When access to the structure was secured, Graciano craftsmen carefully removed and salvaged existing mission roof tiles to reach deteriorated substructures. New concrete roof decks, state-of-the-art roof membranes, and precisely crafted terra cotta roof tiles supplied by Boston Valley Terra Cotta were subsequently installed. Pointing operations and stone restoration initiatives followed, along with replacement of some of the building’s windows. The project began in September 2003, and was completed by the end of the 2004 construction season. Throughout the project, there was no disruption of the museum’s operations.

“The artistry on this job is simply outstanding,” comments Vice President of Operations for Graciano’s New York Division. “The match between the new and old materials is so close that you really can’t tell the difference if you didn’t know precisely where to look. We’ve received a number of compliments about how well this job turned out, but the real credit goes to the Graciano artisans and craftsmen who really made the restoration look seamless.”

WaterproofingIt’s important to waterproof concrete structures to keep moisture out of the facility and to protect the structural components of concrete and imbedded reinforcing steel. If the integrity of the concrete is maintained, it can remain waterproof. Polyurethane is considered one of the best waterproofing materials. It can be applied seamlessly and penetrates the surface deeply and evenly. The polyurethane membrane will fill in even the finest cracks in concrete, reducing its water absorbency capacity. Many types of waterproofing systems can be used depending on your home’s structure Urethane Foam or Epoxy InjectionUrethane Foam or epoxy injection is a cost-effective and permanent way to stabilize and seal cracked or compromised masonry surfaces. Depending on the size of the crack, urethane foam or epoxy is injected into the void and allowed to cure. Once hardened, these materials help form a stable subsurface to support masonry restoration operations. Tuck PointingTuck pointing entails removing loose or cracked mortar from brickwork or stone installations and replacing its new mortar to ensure structural integrity and to seal out damaging water and moisture. Mortar for tuck pointing must be carefully selected to ensure that its color and texture of the new mortar closely matches the existing material that was not compromised and did not need to be removed. Terra Cotta Replacement and RepairTerra cotta is a building material that is cast from clay and then glazed. Terra cotta components add great color and detail to a building, but are also highly susceptible to cracking and damage from impacts or freeze and thaw cycles. In many cases, damaged terra cotta sections must be removed and replaced with new materials to prevent water infiltration and structural damage. Replacement components must be created to replicate the design of the original piece, as well as the coloration that is acquired as the surrounding pieces age. Frequently, it is necessary to repair and stabilize the structural underpinnings that support a terra cotta installation, as corroded pins or structural supports can cause further damage as time passes. In cases where a terra cotta component has sustained minor damage, it is often possible to perform repairs on the piece without removing the compromised element from its installation. Masonry RestorationMasonry restoration involves the repair of existing masonry materials or the complete replacement of damaged materials with new or reclaimed bricks or stones. Color and texture matching are key considerations in masonry restoration, as an accurate match can make areas of restored stone or brick blend in seamlessly with existing materials. To achieve an accurate color and texture match, it is frequently necessary to return to the original brick manufacturer for replacements, or to the original stone quarry where material for the existing stone components was cut. Masonry CleaningMasonry cleaning entails the removal of dirt, debris, paint, and graffiti from various surfaces of masonry structures. Commonly used masonry cleaning techniques include high and low – pressure washing and chemical cleaning. Regardless of the method used, special care is taken to avoid over cleaning – and possibly damaging – aging masonry surfaces. GroutingGrouting is used to seal the spaces between masonry installations such as tile or terra cotta. Grout may be colored to blend with the masonry materials, or can be used to create contrast within the masonry design. Grout is typically applied by hand by filling the joints with material and then troweling it out over the adjoining tile or terra cotta. Once the grout has set, a craftsman returns to the area that was grouted and removes any excess material from the face of the installation. As grout is frequently porous, it must be sealed once it is completely dry to protect it from dirt infiltration. EIFS CleaningExterior Insulation and Finish Systems cleaning, also known as EIFS cleaning, involves removing dirt and grime from the exterior surfaces of structures clad in Dryvit or other types of stucco–like materials. To avoid damaging the thin exterior skin of these structures, mild cleaning agents and low–pressure water is most frequently used to dislodge surface dirt. Manual cleaning is also used to remove dirt in hard–to–reach areas or intricate detail. CaulkingCaulking is used to seal gaps between masonry surfaces, such as brick or stone, and other architectural elements, including window and door frames, decorative hardware or lighting fixtures. Caulking is most often applied with a gun, and is available in butyl, latex or customized formulations. The color of caulk is selected to match the surfaces surrounding the application site. When applied, the caulking gun is inserted in the gap to be filled. Caulking material is then injected into the void to seal the opening. Abrasive CleaningHeavily soiled masonry surfaces may require abrasive cleaning to effectively remove deposits of grime, paint or graffiti. Abrasive cleaning typically involves high–pressure application of sand or another type of inert, abrasive material directly to the masonry surface. When the abrasive cleaning has been completed, the masonry surface is frequently rinsed with low-pressure water to remove any remaining dirt or cleaning materials.
← The Cork Factory Brooklyn Academy of Music Opera House →
Video 1