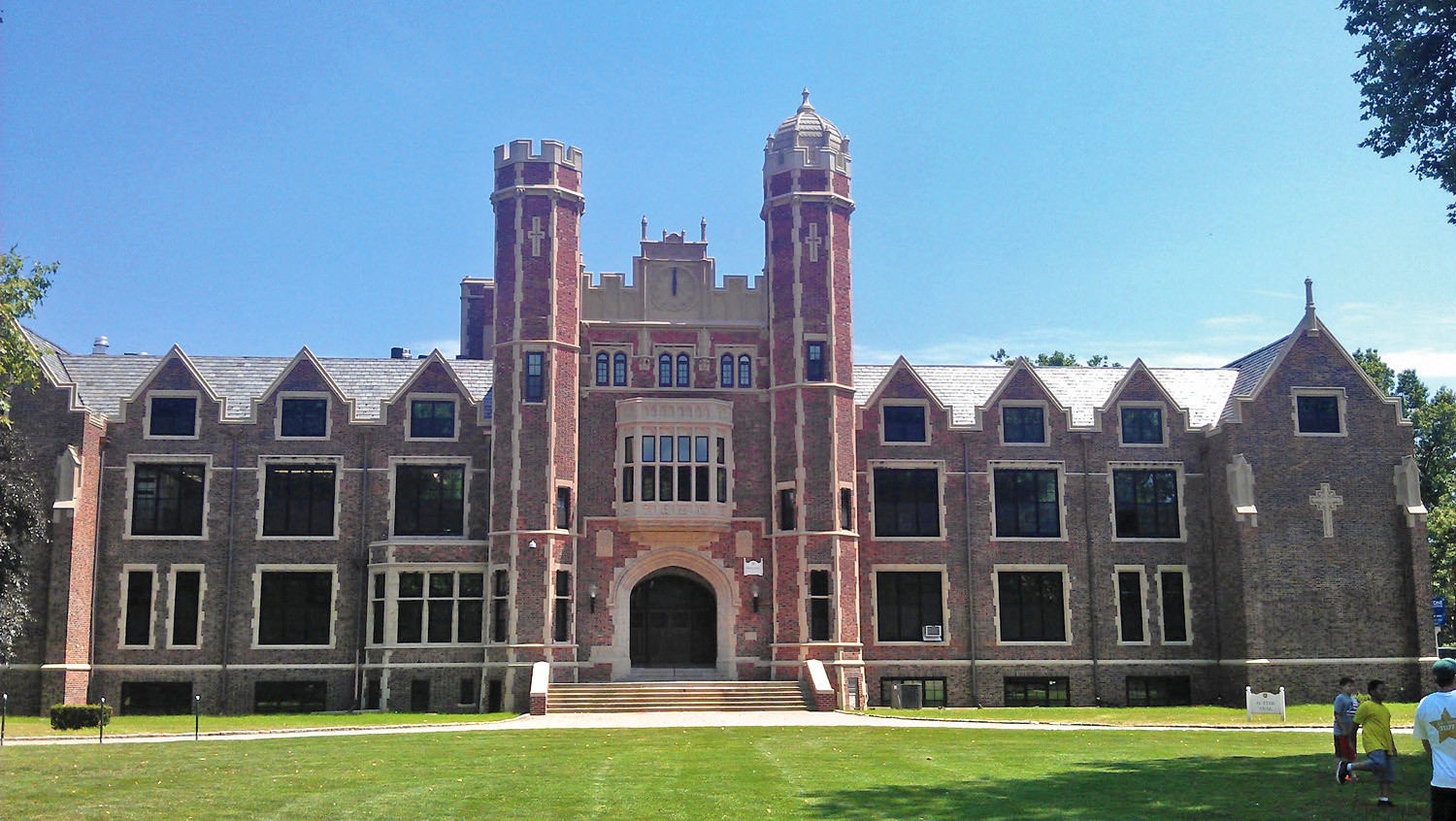 The construction of the building was a result of the college’s growth and increase in enrollment. Main Hall was completed on February 28, 1930. The building has served many purposes: housing classrooms, offices, a library in the attic, and a cafeteria in the basement. During World War II, the roof of the building served as a lookout point for the harbor. The Civil Air Patrol Squadron, made up of Wagner’s faculty and students, were responsible for the lookout.

Graciano craftsmen completed extensive masonry and parapet restoration at Main Hall. The original assignment called for restoration, waterproofing, installation of new GFRP copings and replicating ornate GFRP bay windows. The 1929 precast structure required exterior cleaning and the dismantling and rebuilding of Gothic style turrets flanking the entrance to below the rooflines. The dome and the entire north clock face wall and structure were replaced.

Although the restoration documents had called for minimal repairs to the cast-stone-trimmed window walls of the building, more extensive repairs were in order once a hands-on examination was performed. Also, additional pointing of brick and stone, cracks were repaired, new cast stone was installed and brick was replaced with an architecturally correct blend to match the original. Steel lintels were replaced and coatings applied to protect and beautify the cast-stone features.

The Graciano team replaced the dome and completed the work on schedule, with only intermittent, precautionary interruptions of Main Hall classroom and office activities.

“Wagner College’s Main Hall is one of the great architectural icons on Staten Island,” said Borough President James Molinaro. “The work benefits thousands of students and allows Main Hall to continue to stand as a symbol of the tradition and excellence of Wagner College for generations to come.”